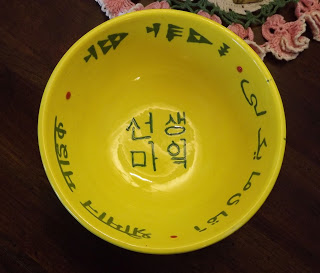 Mike Venturini has also been painting pottery at Toasted Mud in Hillsdale, MI. This masterpiece cereal bowl is “Mister Mike” in 8 languages–Korean, Cuneiform, Persian, Hindi, Braille, Morse Code, Semaphore, and English. Apparently, “mister” is not a word in Korean, so “teacher” was used instead. 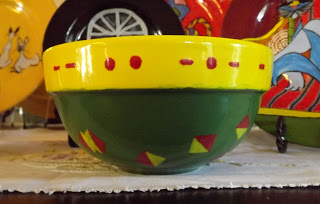 The idea started with the dot and dash pattern for Morse Code. When the symbols did not circumnavigate the bowl, Braille was used to complete the circle. Then, the Semaphore flags were a pretty pattern for the outside bottom of the bowl. The remaining written translations on the inside of the bowl were found online at babylon.com. 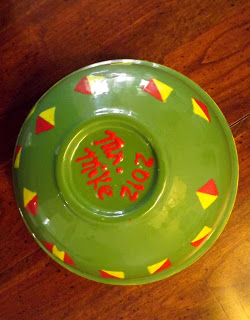