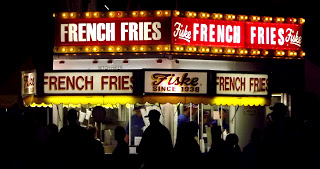 The final fair of the year in Michigan is the Hillsdale County Fair. It is traditionally held during the last week of September at the fairgrounds near downtown Hillsdale MI. In past years, cold weather and rain have plagued the event, but not this year. During the 2012 fair week, we had a sprinkle on Wednesday morning–and that was the only precipitation for the 7 day celebration. The skies were mostly sunny, and the temperatures were balmy. It was a perfect weather week at the fair. 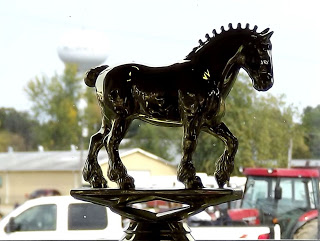 Kids and adults got to share the commitment to their crops, animals, and hobbies by displaying their handiwork. Ribbons and trophies were won for photography, horsemanship, baking, and other projects. Barns were filled with animals, some were auctioned off to the highest bidder. Buildings had displays of crops, photos, and projects, some won ribbons for judges’ choice. Merchants shared the knowledge and expertise of their products 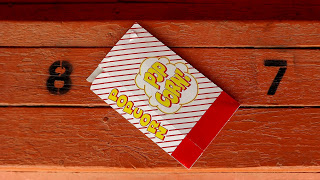 Daily live entertainment at the Woman’s Congress, Band Shell, and Grandstands is always a fun time. Church singers, entertainers, racers, garage bands, and famous people performed–some for free and some for a fee. The fair is a big deal around here, and it’s all over until next year. Hurry September. 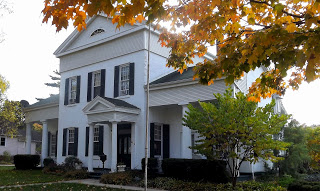 Guests of the Munro House Bed and Breakfast in Jonesville enjoy comfortable lodging about 10 minutes from the fairgrounds. Special rates are always in effect during fair week.