Motorcycles were made to be ridden. Most cyclists ride from Memorial Day to Labor Day. Some ride at every opportunity. January 12, 2013 was one of those opportunistic Winter days. With temperatures near 50 on 3 consecutive days in January, it was finally safe enough to get out the big 2 wheeler. Thursday and Friday had balmy temperatures, but wet pavement was the safety factor that kept many bikers home. Saturday temperatures made it all the way up to 60 with quite a bit of sunshine and dry roads throughout Hillsdale County. These were ideal conditions for a Michigan Winter motorcycle ride. 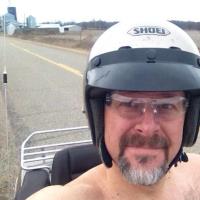 To be a manly man from Michigan, it became necessary to find a lonely stretch of country road for a topless bike ride. It wasn’t a very long ride without a shirt, and it wasn’t a really cold ride with a windshield. It sure was exhilarating to go shirtless for a bit on the first ride of the year. Secondary roads in Hillsdale County were mostly lonely for a very high safety factor. The first ride, after even a short hiatus, has a bit of a learning curve to get back into the groove of safe motorcycle riding. 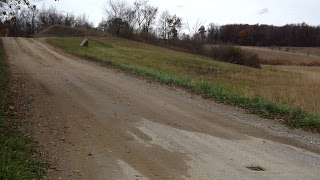 There are a lot of straight hilly roads near Jonesville, Michigan. Curvy paved roads are more fun but pretty rare around here. Most of the roads I would really like to ride are made of dirt, not asphalt. These minor roads are off limits, even in the Summertime, because touring bikes, dirt, and gravel do not mix well. I was surprised–no, shocked–that there are so many unpaved roads in Michigan. I grew up in Wisconsin where there is no such thing as a dirt road. 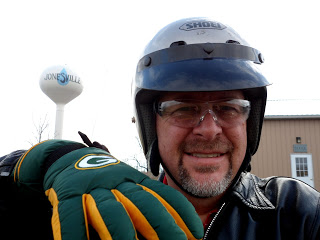