Two girls from Arkansas arrived at 2:00 AM and told a tale of their hellish ordeal in coming to Michigan to attend the Faster Horses Country Music Festival in Brooklyn. Their plane landed as scheduled in Chicago, but was delayed on their next leg to Lansing because the plane had too much fuel, and thus was too heavy to land at this smaller airport in Michigan. They arrived late and were turned away at the car rental agency because they did not have the credit card that was used to reserve the vehicle–it had been stolen just days before the trip started. They were not issued a refund but were required to use another credit card to rent the same car and were charged a higher rate. They arrived at their hotel in Jackson, but were turned away because the room they paid in full in advance was double booked on this very busy weekend. There was no other availability in town. 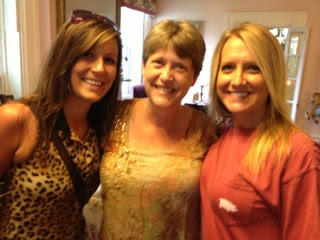 A few phone calls later, and they were booked at the Munro House B&B in Jonesville. A 1:00 AM arrival was expected. At 1:30 AM, a phone call confirmed that they were slowly making their way to Jonesville. They were then stopped by the police for driving suspiciously and were given a sobriety test–which they passed. At 2:00 AM, two frustrated, but happy ladies arrived to the smiling face of innkeeper Lori Venturini. Together, they laughed over the ordeal, but were excited to be just 30 minutes from the event, and in a lodging establishment that made them feel comfortable and welcome.
A weekend of country music in an outdoor setting with tens of thousands of fans and new friends made for an exciting and fun-filled trip to Michigan. The weather was close to perfect with lots of sunshine and temperatures in the 80’s. Multiple stages with established, upcoming, and popular artists performed modern country music to the throng of festival goers. The girls got up late and stayed out late and obviously had a great time. They were talking about a return visit for the next Faster Horses Festival as they left to return their rental car and board their plane back home. 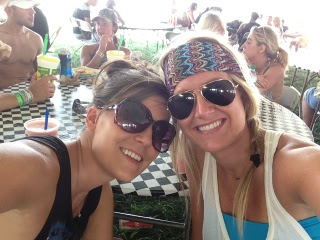 A text was received saying their flight from Lansing was delayed. A 2nd text said the delay caused them to miss their connecting flight in Chicago. Their travel plans sucked, but their accommodations and festival tickets made for a most memorable trip to Michigan. Good luck ladies. We hope to see you again.P.S. A new text says the girls will be spending the night at O’Hare Airport in Chicago. (sigh)

P.S.S. Another new text says the girls were able to catch a midnight flight and landed in Little Rock about 2 AM. Their luggage is still in Chicago. (sigh)