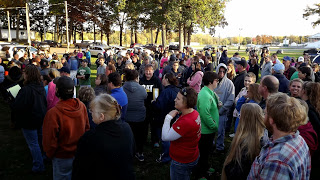 On a chilly Saturday night in October, 83 carloads of gamers arrived at Hillsdale County Fairgrounds to participate in the annual Treasure Hunt. Most say the 80th annual event is named for local historic resident Lewis Emery. Some say it was originally organized by the Lewis family, but the name got convoluted to the famous person. Either way, the treasure hunt has become an annual event in Hillsdale County since the 1930’s that is a highlight social event of the Fall season. 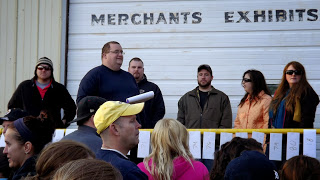 The hosts of this years’ hunt were the winners of last years’ hunt. So along with the cash prize at the end of the evening, there is also a year to plan and organize the next event, plus prepare a banquet for the finishers. The rules were laid out. A hot line was established for people who were lost or “clueless”. There was a recommendation to stay off of private property and to obey the speed limit. The final destination was revealed so that anyone who decided to give up early could still enjoy the banquet and join in on the revelry at the end of the night. 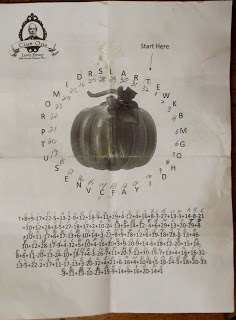 The treasure hunt traditionally consists of 10 clues that take players around the county to public places where more puzzles are hidden. In this year’s hunt, no special tools were required–although flashlights, a smart phone, and a county map were very valuable. The puzzles included a crossword, a maze, a jumble, a word search, and “the wheel”. For our team, the wheel took the most time to solve. The others were fairly easy. All were fun. The puzzles had us crisscrossing Hillsdale County along the highways and dirt roads. Some destinations were in familiar locations, but most were not. The next clue was hidden inside a large black bag that was difficult to find in the dark. Upon finding the clue, a nonchalant discovery was needed, so as not to alert the competition to the exact location of the hard-to-find container. 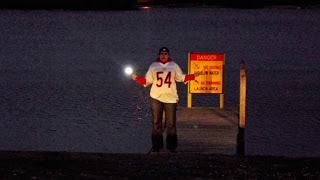 Our 4 person team consisted of an Eagle Scout, a dawg, the man, and a virgin. As usual, our team wore football jerseys representing the Bears, Steelers, and Packers. We adopted “Thrift Shop” as our theme song and played it at the highest volume at each of the stops along the way. A line from the song was the signal that we had found the clue. “Ninety-Nine Cents!” was the code word that alerted our team that the stash had been found and it was time to run towards the music, hop in the vehicle, read the clue, figure out the puzzle, and head to the next spot. 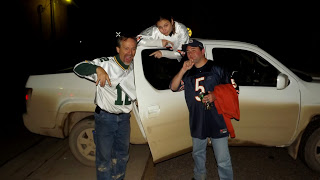 Our team of four had various levels of expertise and each had an area of specialty. Together, we solved the problems and plotted out the next destination. Upon arrival at the location, we had a search plan and a code word that signaled our teammates that the clue was found. Our driver stayed with the vehicle while three “runners” searched the roadsides and parkways for the clues that were hidden in the darkness. 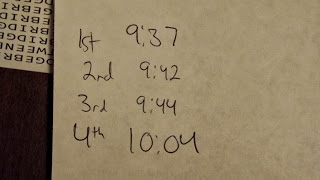 The winners beat us by an hour and 11 minutes. I guess we could have figured out “the wheel” much quicker. Each of the clues were found in less than 5 minutes. We only took one wrong turn. We tried to stay within 10 miles per hour of the posted speed limit. We stopped for gas, once. We had to make one pit stop. We drove 15 miles less than what they said we would. So, we did some things right, but were ill prepared in the fuel and potty categories. In the future, we will need to be much quicker to be “in the money”. 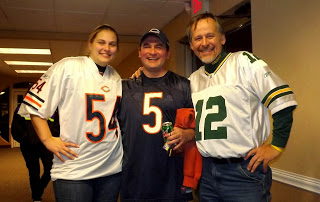 We finished in 24th place and enjoyed the Sloppy Joe’s, snacks, and sweets at the final destination. Another 20 teams had arrived at the finish line before midnight–making this a very successful hunt–as about half of the entrants finished in less than 6 hours. The most memorable comment of the night was overheard at McCourtie Park when we heard someone remark about our team members saying “those Bears have been on our heels all night!” 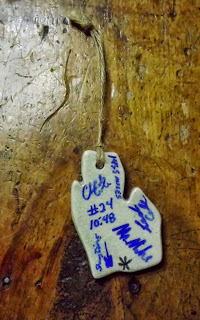 The token that was necessary to obtain to officially finish the hunt was signed by all of our team members and will hang on our Christmas Tree for all time. These small mementos are reminders of the fun that can be had in this rural community that I have grown to know and love. We are already looking forward to next year’s hunt.