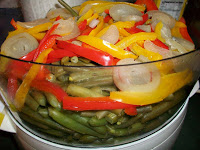 November is our Michigan Murder Mystery Month and another successful Murder Mystery night occurred over the weekend. 11 guests, mostly from the Detroit area, took the 100 mile drive to the Munro House in Jonesville to spend an evening of adult activity in this small Southern Michigan town. Fun, frivolity, and a feast were provided to like-minded people for an in-house getaway weekend. 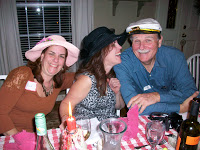 Our guests were age 24 and up. The younger crowd was a little leery of what to expect. They had never been to a bed and breakfast before and had never taken part in a murder mystery. Upon meeting the older crowd, they all melded and spent the evening enjoying each others’ company while laughing, eating, and trying to figure out who-done-it. 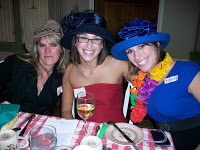 It quickly became evident that our games are not too serious. We bring people together and put them in a setting where they can have fun with other adults without the pressure of actually having to figure out the crime.  We started out with an appetizer of shrimp cocktail accompanied by a nice variety of Michigan wines. This night’s selection were from St. Julian’s and Leelanau Cellars. The beauty of hosting a murder mystery at a bed and breakfast is that everyone can have as good a time as they want to have and no one has to worry about driving home–because everyone is spending the night. 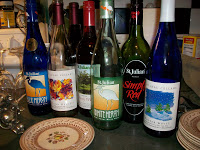 Our award winning harvest soup was followed by our house salad–the secret ingredient is caramelized blanched almonds.  A beef tenderloin was accompanied by roasted potatoes, and our peppers and beans vegetable mix. The interactive game was played while dinner was served and consumed. 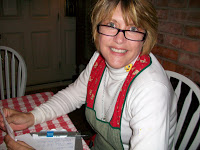 Lori’s butter cream frosting coated the devil’s food cake. Dessert was served while the guests discussed clues that accused just about everyone at the table for having done the deed. In the end, it was not about figuring it out, it was about acting silly, wearing funny hats, and spending time with new friends.
Mike Venturini
Jonesville Michigan Bed and Breakfast Innkeeper
“Life is good in Jonesville”
Tweet