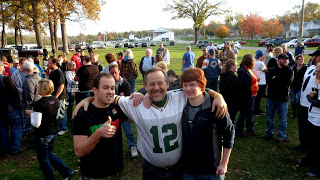 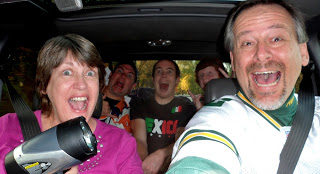 98 teams with about 500 participants gathered at Hillsdale County Fairgrounds for the 78th running of the annual Lewis Family Treasure Hunt–also known as the Lewis Emery Treasure Hunt. Each team had paid $20 per carload to take part in the event. The temperature was cool, the sky was clear, and it was a great night to be out with friends.

The rules were reviewed by last year’s winners who became this year’s hosts. A perfectly executed hunt was predicted to take about 5 hours and log 180 miles without leaving the county.

Our team of 5 included 2 virgins, a lot of trivial knowledge, and a good attitude along with lots of supplies and a full tank of gas. 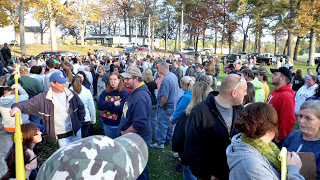 A lunch bag with the first clue was waiting for each team as the event began. Inside the bag was a Compact Disc–a new way to deliver a clue this year. We were fortunate to have a CD player in the truck. Not everyone was so fortunate. 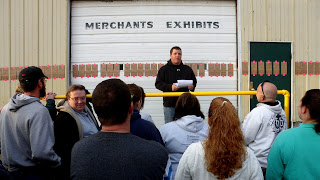 We nailed the clue immediately thanks to smart phone app SHAZZAM. The song title was “Dirt Road” a tune I did not recognize by a band I did not know. We knew that there were several exits to the fairgrounds and only one was not paved. We made our way to that exit and were given our next clue–a word search with Presidents. 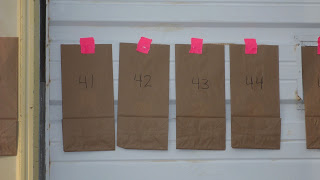 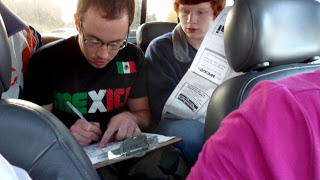 There were guardians near most of the hidden treasures–some could have passed for treasure seekers while others were hiding and keeping watch over the bag of clues. Our clue finding notification-celebration scream was the catch phrase from the State Farm Insurance Commercial–RODGERS! DISCOUNT DOUBLE CHECK! That signaled our team members that the clue had been found and we could go back to the truck.

We figured out the key to the “and 1” basketball puzzle after 5 letters. The youtube video was a new use of technology and was an instant classic, but we recognized only 2 landmarks in a 17 minute video–the old school non-video math problem option worked better for us. 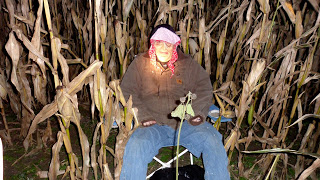 The next four puzzles were a breeze. We blasted through them with ease. Simon Says turned out to be very difficult for us. The “root for the razorback” clue stumped us for way too long for no apparent reason–fatigue had set in and we weren’t thinking straight. I had to take my wife home about midnight when she became ill. We retraced our steps and reran the razorback clue successfully after having stumbled for over an hour. 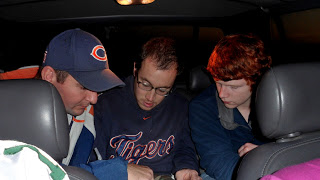 The puzzle pieces had a red herring. We searched for the Lamb “X” for at least an hour. We ran the entire length of Lamb Road and back. Gave it up around 1:30 a.m., found the last 2 clues, and arrived at the finish just in time to watch the hosts cleaning up at 2:15 a.m. after traveling 225 miles. They told us that the Lamb “X” referred to “you are here”, so we wasted a lot of time searching for the clue that wasn’t there. 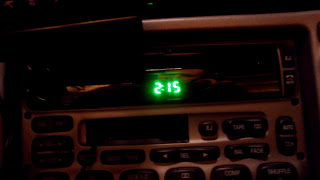 We were told that about 30 teams had arrived for food, but I didn’t ask how many of them had finished the hunt successfully. We were still happy to finish in not-record time with a good team I hope to play with again. 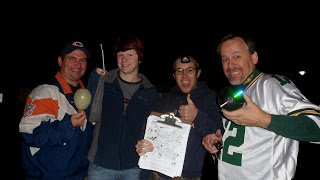 I loved the camouflaged guards at many of the clue locations especially the guys in the cornfield and the guy laying by the railroad tracks. A perfect weather night was a bonus. The time flew by. Despite a couple of SNAFUs, we had a very good time. The supplies that were invaluable included flashlights, spare batteries, a CD player, smart phone, scissors, tape, map, pens, and a general knowledge of Hillsdale County.