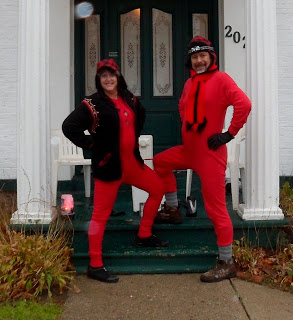 Halloween 2012 was about 20 degrees cooler in Jonesville than last year. It wasn’t raining, but the air was damp. Not ideal conditions for Trick or Treat. Our traditional Halloween costume had us dressed up like we were at deer camp in the Upper Peninsula of Michigan. One piece long underwear–Union Suits–boots, gloves, scarf and hat completed the ensemble. We were prepared for 750 kids– like last year. The weather did not participate. It was evident early on that we would have a lot of candy left over by night’s end. 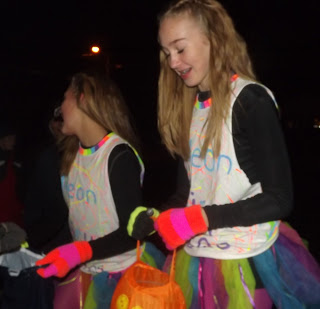 We had a big variety of costumed kids. Many traditional outfits included ninjas, pirates, princesses, super heroes, skeletons, witches, and zombies. Unique characters included a robot, a Smurf and a duck. My favorites were Dr. Octopus, the Mummy, and the Yoopers. 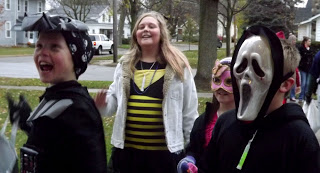 As the number of kids appeared weak–compared to last year–we decided to encourage interaction to earn additional treats and deplete our supply. We set the boombox to play “Gangnam Style” on repeat. Anyone who busted a move in our yard got a handful of candy instead of the regular 2 pieces. With Lori on the sidewalk to set the mood, half the kids were ready to shake it up, while the other opted out of extra candy. We finished the night with around 400 kids who were having a good time despite the weather.