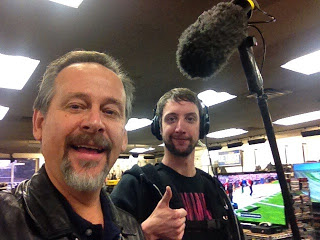 There is a cable television program on truTV called Hard Core Pawn. It
is filmed in Detroit in the infamous 8 Mile neighborhood. The program
follows a family in their pawn store business located in a rough area on
the edge of Detroit. Les Gold is the father. He runs the
store with his son, Seth, and daughter, Ashley. The three of them are in
the family business together, but they don’t always get along. Other
Pawn Store TV shows focus on valuable merchandise. This program is more
about family drama and folks who are so hard up for cash that they will take anything for their valuables to make ends meet. 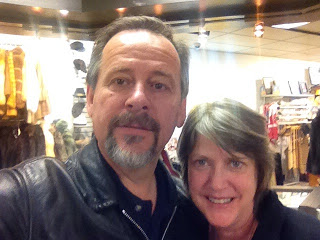 We had business in the Detroit area, so upon completion, we went to our
first pawnshop–American Jewelry and Loans. We arrived and found a parking lot with over 50 cars.
Inside were about 100 people. Most of them were standing in line pawning jewelry, making payments, or picking up their pawned merchandise. This is the site of the reality TV series “Hardcore Pawn”. 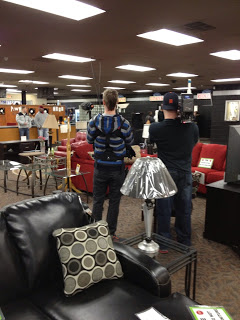 On the showroom floor, we saw a few 3 person TV crews walking around with their video and sound equipment. One of the groups didn’t appear to be busy, so I struck up a conversation with the guy holding the boom microphone. He told me that they are just walking around waiting for something to happen. He said that there are some wild and interesting characters who come into the pawnshop every day. Some need some quick cash, some are trying to con the employees, and some just want to be on TV. It is just a matter of time before something interesting happens for them to capture on film. 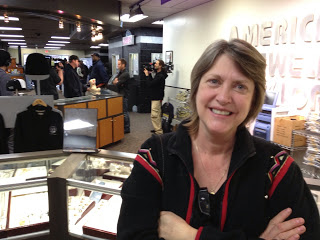 The store has a lot of jewelry, leather, and furs along with electronics and collectibles on display. We were checking out the diamonds when we saw Seth dealing with a local guy on camera. The guy had a home-made Teddy Bear that he was trying to sell for some cash. Seth was being patient with the guy who had a worthless item for sale. If this makes the final cut, it will be one of the humorous segments of the show. For the record, I saw Seth loving up the little bear when he was off-camera, and I chatted with him for a minute. He seemed a lot nicer in person than his image on TV. He was the only family member we saw on this day. 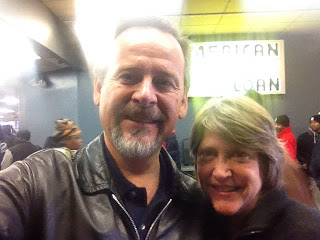 Nothing outrageous happened while we were in the store, but it was fun to watch the camera crew, the staff, and the characters in the store. There were also lots of cool stuff on the showroom floor. The two-hour drive from our house in Jonesville made it a fun day trip mixed in with our personal business.